A cut pile tufting gun has a pair of scissors with one job. They just cut the yarn and make the rug look neat with an even pile. But every so often, the cut pile will simply not cut. Is it the yarn? The scissors? Or is it you? When you’re new to using the tufting gun, every little problem can become a major issue.

If your cut pile tufting gun stops cutting the yarn then it’s a problem with the tufting gun itself or the yarn you’re using. It’s not that you can’t use the cut pile. It’s either the scissors are bent out of shape or have been misaligned due to misuse. Another cause of this problem is the yarn itself being too soft.

Each one of these issues has a different solution. And before you give up tufting thinking you’re not good at it, take a closer look at the cut pile itself. Read on to find out what causes the tufting gun not to cut the yarn and how to solve this problem.

Much like every other piece of machinery with a complex design, the cut pile tufting gun needs regular maintenance. When the scissors stop cutting the yarn, then the problem is either with the scissors themselves or with the yarn.

The bar ( Tufting Gun Scissor Closer ) at the front of the cut pile also has a role to play. It’s responsible for bringing the scissors’ blades together to cut the yarn. If the metal bar is not well aligned or pushed out of place, the scissors will stop functioning.

If all looks good and both the scissors and the metal bar are in their right places, then take a closer look at the tufting yarn you’re feeding the cut pile with. It can be too soft to cut. Instead of breaking on the blades of the scissors, it will bend. Try to cut the yarn with the same pair of scissors. If it doesn’t cut, you’re using the wrong yarn.

How to Fix it

Once you have located the problem, follow these tips to fix the problem and get your cut pile working again.

If your cut pile doesn’t cut the yarn, make sure the yarn is coarse and that the metal bar is close enough to hit the scissors and force the blades to close. If the pile height is set too high, this will misalign the scissors. Adjust the height of the pile and tighten the bolt. 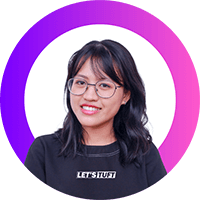 Because of the COVID-19, I lost my job in February 2020, and after 5 months of struggle, I decided to make my hobbies as my business, then LetsTuft.com born.

We strive to provide all of our customers with a premium service and assist you with all of your rug tufting needs.

Got a question? Send email to [email protected]

Offered in the country of usage